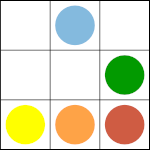 The Comunes Collective is solely driven by a few volunteers. We invite anyone to join us but this page is about you geeks out there: developers, web designers, server admins, security experts… that would like to join useful free/libre software projects. Here we summarise some basic technical facts about our main initiatives. There is a list of possible sub-projects in each of them, so if you like what we do, contact us! 🙂

The source code of our initiatives are hosted, obviously, in the repository of ourproject.org:

For additional info about these or the rest of our projects, please don’t don’t hesitate to contact us!. You can also check information about trainings and internships inside Comunes.